I’m rewatching Avengers: Endgame. I’m sure folks commented on it at the start of the pandemic, but there are some striking parallels at the start of the movie. The empty baseball stadium. “I saw a pod of whales as I was coming over the bridge…there’s fewer ships, cleaner water.”

When we beat covid, there better be a memorial built representing…how many hundreds of thousands of Americans will it be by then? Does anyone thing only 100,000 more will die? Maybe a memorial will make it just a little bit harder for Republicans to deny how many lives they threw away.

The scene in Endgame that gets me the most is when everyone is beaten down, and Captain America’s indestructible shield is cracked. But he stands up, straps it on his arm, and faces Thanos’ army alone.

To me, that scene is the perfect cinematic visual for the following quote. In the comics it’s spoken by Captain America, and I’ll give the comics version because of some timely details:

This nation was founded on one principle above all else: the requirement that we stand up for what we believe, no matter the odds or the consequences.

Endgame gives a good visual for the quote, but now there’s a better real-life visual: 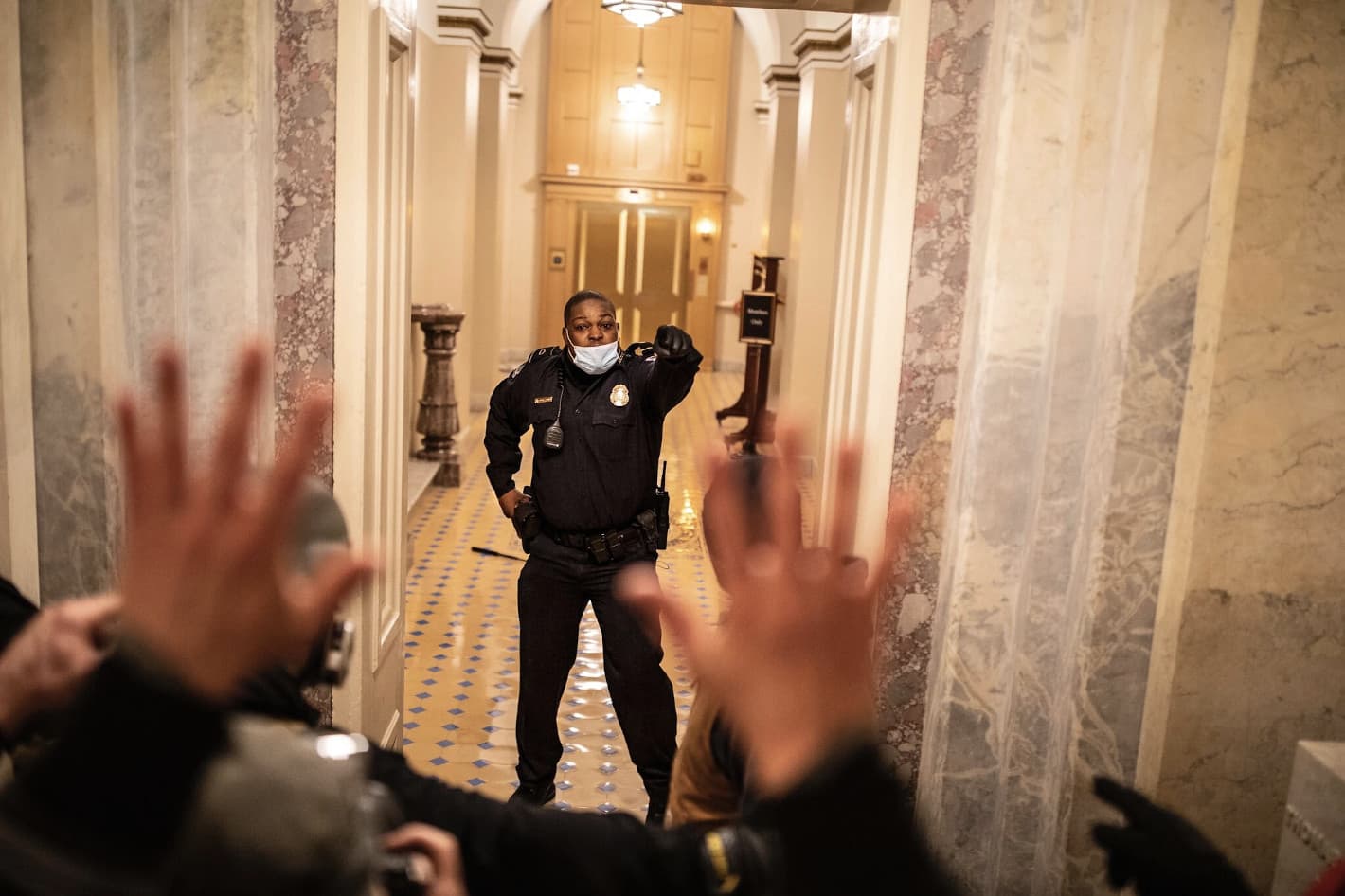 Not literally, because officer Eugene Goodman did move, to bait the insurrectionist mob away from the Senate chamber. But metaphorically, he and other officers and the country said “no, you move” to the white supremacist mob that sought to stop certification of a legitimate democratic election and kidnap, harm, or murder US congresspeople. And we did stop them. The very same night, in the very same room, Congress certified Joe Biden’s win of the 2020 US presidential election.

None of us is a superhero. But white supremacy is far more evil than you can depict in a Hollywood movie.

Now, right now, is the time for each of us to plant ourselves.

Read it again, addressed to you: